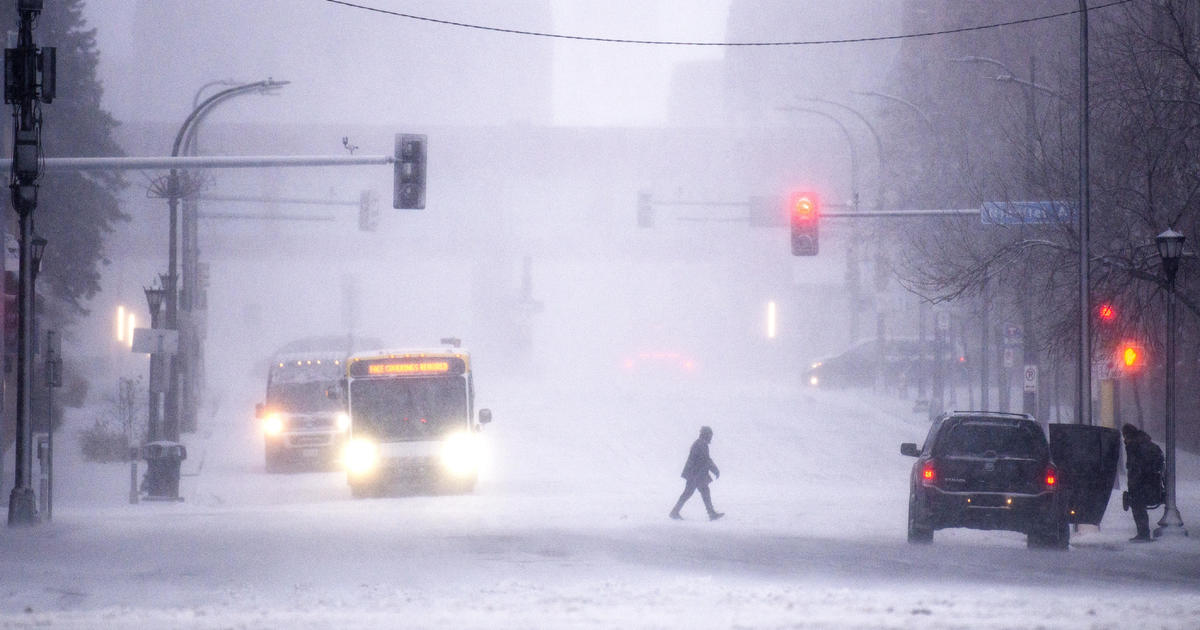 More than 90 million Americans are heading for a severe winter storm that began with snow, strong winds and bitter cold in eastern Dakota and western Minnesota early Wednesday. Then it started moving east, making the trip treacherous and grounded on one of the most anticipated flights days since the start of coronavirus pandemic.

“The winds are 50, 60, 70 km / h gusts in the center of New York City, the center of Boston. Mount Washington may well come close to setting a record with winds above 150 km / h,” Quinn said, warning that there could be power outages at Christmas in the Northeast.

Blizzard warnings were sent in the region as National Weather Service officials called for wind chill to drop to 35 F below zero, pushed by gusts of more than 60 mph. Numerous travel consultants urged motorists to stay off the road and several highways were closed down completely.

The storm was centered in southeastern Minnesota and was expected to track steadily toward Eau Claire, Wisconsin and northern Michigan Wednesday night. The heaviest snow belt stretched from the Iron Range in northeastern Minnesota back toward Watertown in eastern South Dakota, Gust said.

The storm hit the Twin Cities area Wednesday afternoon, with Gust saying at least 8 inches of snow is expected. Eastbound Interstate 94 was closed between Monticello and Rogers, west of Minneapolis, for three hours due to a multi-vehicle collision and congestion. State transportation officials said the interstate would likely be down on a lane each way overnight, warning travelers about vehicles in the ditch.

Minneapolis-St. Paul Airport had experienced about 300 cancellations on flights and 40 delays as of Wednesday afternoon, airport spokesman Patrick Hogan said. It was expected to be the third busiest day of the Christmas holiday period behind this coming Sunday and Saturday, he said.

“A lot of people were able to get out this morning, but it could be hard to go in the afternoon and evening,” Hogan said.

Earlier in the day, a large crowd of people showed up at Hector International Airport in Fargo, North Dakota, only to discover that most flights had been canceled due to strong winds and low visibility.

“Today should probably be our busiest day since COVID hit or certainly just before Thanksgiving,” said Shawn Dobberstein, CEO of Fargo Airport Authority. “Our building was pretty full this morning when American, Delta, United decided to cancel some flights.”

The strongest gust was 62 km / h in Fargo, Gust said. Conditions began to improve as the storm moved east, and Dobberstein was hoping flights would resume later in the afternoon.

Authorities in southeastern South Dakota responded to several more cars, including one on I-29 north of Sioux Falls, which involved at least a dozen cars and a dozen semi-trailers, according to Dell Rapid volunteer firefighter Rick Morris. He said there were several non-life-threatening injuries and that some emergency vehicles were stuck, the Argus Leader reported.

Other motorists in eastern North and South Dakota chose to wait for the storm. The Coffee Cup Travel Plaza, one of the few stops on I-94 in northeastern South Dakota, was quiet Wednesday morning, said Dani Zubke, a worker at the store near the town of Summit.

“It’s blowing snow, low visibility and no travel is recommended,” she said. “It’s been very slow. I do not know that there are many people on the move. There are times you can only see to the end of our parking lot.”