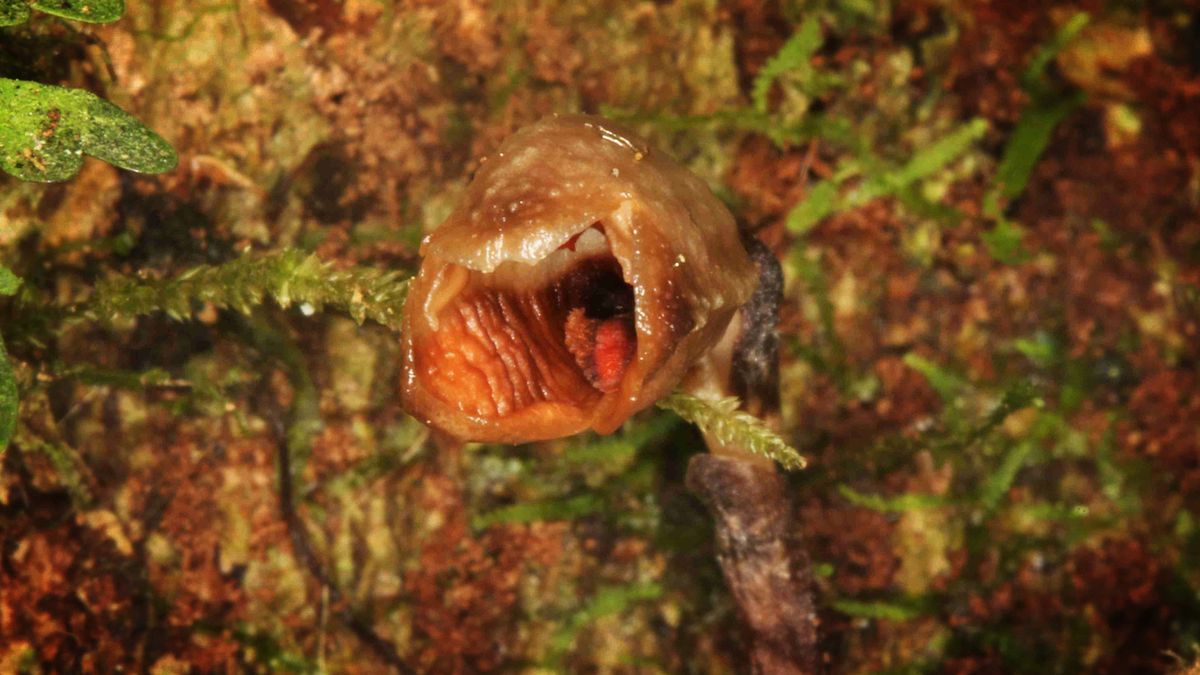 Orchids are usually valued for their grace and beauty, but a newly described species from Madagascar is unlikely to win any beauty pageants. Its small flowers are a marbled brown, and it looks like a musty paper bag (or maybe an eyeless, worm-like head with a mouth gaping in a quiet scream or to devour your soul).

No wonder the newly discovered species has been called “the ugliest orchid in the world” by the Royal Botanical Gardens, Kew (RBG Kew) in the UK, which recently placed the domestic newcomer at the top of a list highlighting species that are discovered in 2020, representatives said in a statement.

The leafless orchid, named Gastrodia agnicellus, grows underground in rotting leaf litter most of its life cycle and is nourished by fungus. In addition to the “small, brown and rather ugly” orchid, researchers and collaborators with RBG Kew described more than 150 plants and fungi this year, according to the statement.

In 2019, the British botanist Johan Hermans, a research assistant from RBG Kew, found a number G. agnicellus orchids hiding under leaf litter in a moist Madagascar forest. Their lumpy, elongated shapes suggested that the flower belonged to a group known as potato orchids, and the flowers measuring approx. 1.1 centimeters in length, emits a “noticeable musk-like scent” that intensifies when the air temperature is warmer, Hermans wrote in a study published November 5 in the journal Curtis’s Botanical Magazine.

Other recently described species on the list include a scaly, heat-resistant shrub that thrives in Namibian salt pans (Tiganophyton karasense); a Peruvian plant with purple tubers that could be a new food crop (Ipomoea noemana); and a vibrant, colorful bromeliad – a family of tropical, flowering pineapple plants – from Brazil (Acanthostachys calcicola) that grows on limestone cliffs and can be pollinated by hummingbirds, according to the statement.

“In a challenging and difficult year, it’s so exciting to see botanical and mycological science continue with a bumper list of incredible newly named species documented with our collaborators around the world,” said Martin Cheek, an RBG Kew botanist and senior researcher in for the identification and naming department.

“However, the grim reality we face cannot be underestimated: with two out of five plants threatened with extinction, it is a race against time to find, identify, name and preserve plants before they disappear,” said Cheek.