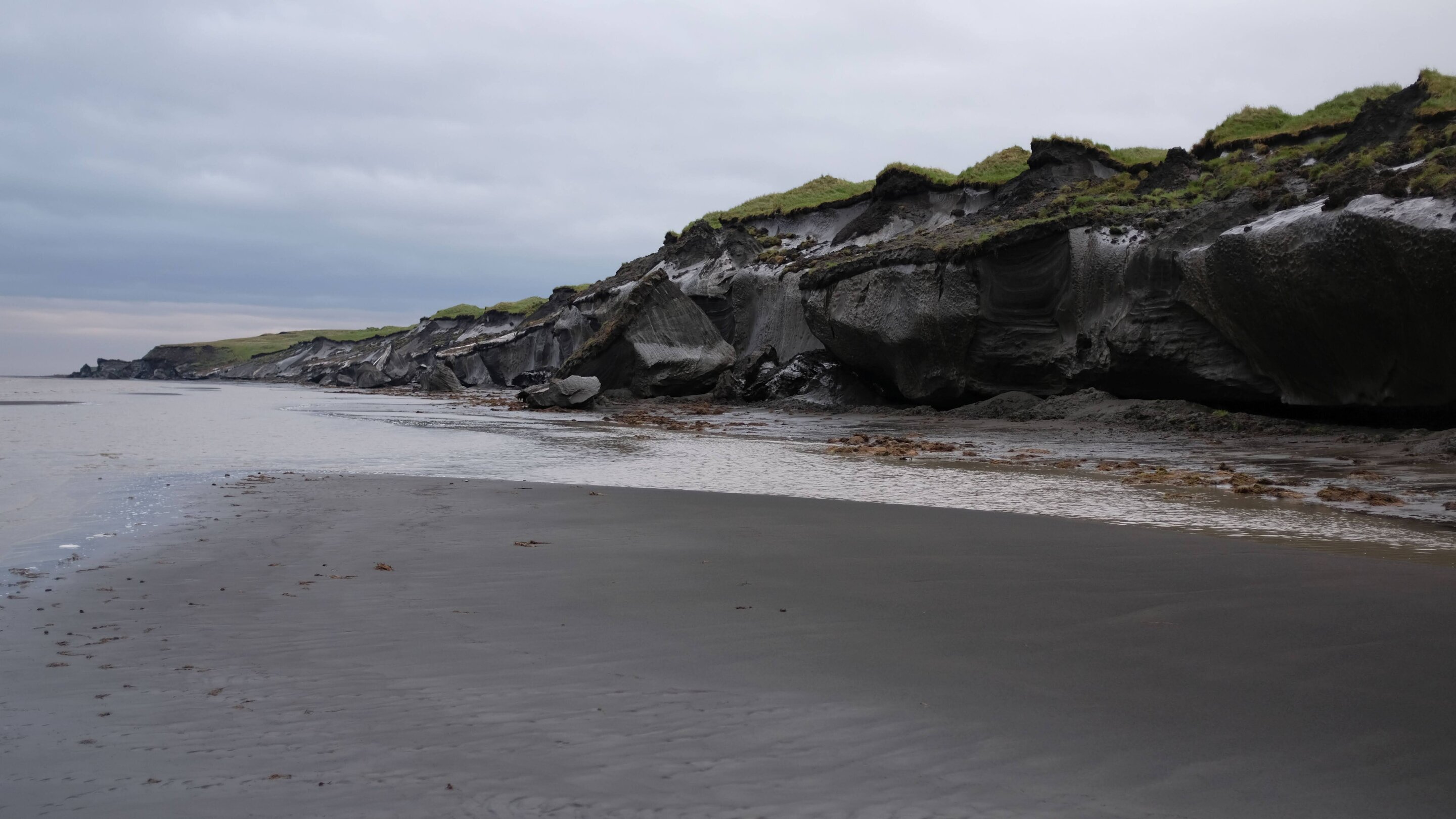 In the far north, the swell-like Arctic Ocean flooded large shards of coastal tundra and steppe ecosystems. Although seawater was only a few degrees above freezing, it began to thaw the permafrost beneath it, exposing billions of tons of organic matter to microbial degradation. The decomposing organic matter began to produce CO2 and CH4, two of the most important greenhouse gases.

Although researchers have studied degrading subsea permafrost for decades, difficulties in collecting measurements and sharing data across international and disciplinary divisions have prevented an overall estimate of the amount of carbon and release rate. A new study led by Ph.D. candidate Sara Sayedi and senior researcher Dr. Ben Abbott of Brigham Young University (BYU) published in the journal IOP Publishing Environmental research letters, sheds light on feedback from the permeafrost climate below sea level and generates initial estimates of carbon stocks in the area, greenhouse gas emissions and possible future response to the subsea permafrost zone.

Sayedi and an international team of 25 permafrost researchers worked under the coordination of the Permafrost Carbon Network (PCN), which is supported by the US National Science Foundation. The researchers combined findings from published and unpublished studies to estimate the size of the former and current underwater carbon stock and how much greenhouse gas it can produce over the next three centuries.

Using a method called expert assessment, which combines several independent probable values, the researchers estimated that the submarine permafrost region currently traps 60 billion tons of methane and contains 560 billion tons of organic carbon in sediment and soil. As a reference, humans have released a total of about 500 billion tons of carbon into the atmosphere since the Industrial Revolution. This makes the subsea permafrost carbon stock a potential giant ecosystem feedback for climate change.

“Subsea permafrost is truly unique because it is still responding to a dramatic climate change more than ten thousand years ago,” Sayedi said. “In some ways, it can give us a look at the possible response from permafrost that has been thawed today due to human activity.”

Estimates from Sayedi’s team suggest that subsea permafrost is already releasing significant amounts of greenhouse gas. However, this release is mainly due to old climate change rather than the current human activity. They estimate that subsea permafrost releases approx. 140 million tons CO2 and 5.3 million tonnes of CH4 into the atmosphere each year. This corresponds in size to the total footprint of the greenhouse gas in Spain.

The researchers found that if man-made climate change continues, CH will be released4 and CO2 from subsea permafrost could be significantly increased. However, this answer is expected to occur over the next three centuries rather than abruptly. Researchers estimated that the amount of future greenhouse gas emissions from submarine permafrost depends directly on future human emissions. They found that heating underwater sperm frost releases four times more extra CO under a business-usual scenario2 and CH4 compared to when human emissions are reduced to keep heat below 2 ° C.

“These results are important because they indicate a significant but slow response from the climate,” Sayedi explained. “Some coverage of this region has suggested that emissions from humans could trigger catastrophic release of methane hydrates, but our study suggests a gradual increase over many decades.”

Although this feedback from the climate is relatively gradual, the researchers point out that subsea permafrost is not included in any current climate agreements or greenhouse gas targets. Sayedi stressed that there is still great uncertainty about permeafrost below sea level and that further research is needed.

“Compared to how important subsea permafrost may be for future climate, we know shockingly little about this ecosystem,” Sayedi said. “We need more sediment and soil samples as well as a better monitoring network to detect when greenhouse gas emissions respond to current warming and how quickly this giant pool of carbon will wake up from its frozen sleep.”

Provided by the Institute of Physics