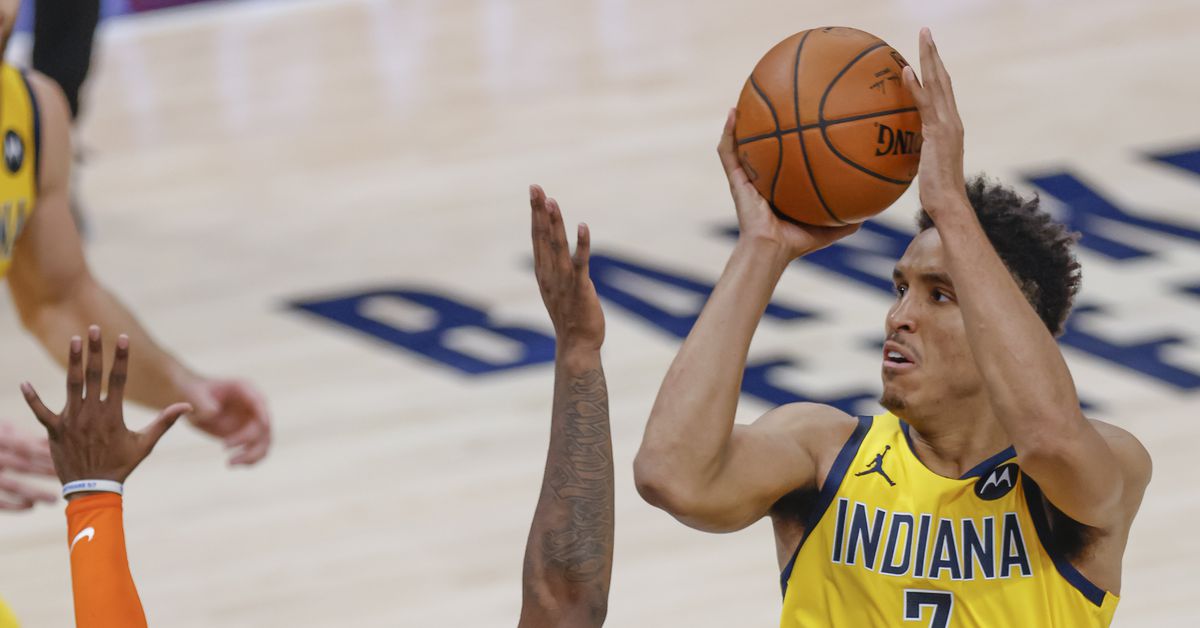 The Knicks played a phenomenal half of basketball Wednesday night against the Pacers. Unfortunately, it was the first half and the Pacers are a good basketball team that knows how to make adjustments.

The Knicks took a 66-61 lead at the break, but the mood became more sour at the break when it was announced that rookie Immanuel Quickley would miss the rest of the game after suffering a hip injury.

Quickley took over for inefficient start from PG Elfrid Payton early and once again gave a spark to the Knicks. When Quickley left the game, it was all downhill from there. Elf was almost unplayable, and the Knicks’ offense stopped pretty much.

The greatest saving grace throughout was RJ Barrett’s strong play. Second-year man looked like an All-Star in the first half and lost 20 points on a perfect 8-8 shot. He would only finish 11-15 for 26 points, but as if that’s bad – to go along with 8 rebounds, 5 assists and only 1 turnover.

Obi Toppin had a strange evening and finished 3-12 from the field – however a very nice 3-7 over the arc – and threw an absolute crown to RJ.

Julius Randle played a huge first half of team basketball, but mostly returned to his usual shit when the Pacers pulled away.

Alex gets the summary. Have a nice weekend.