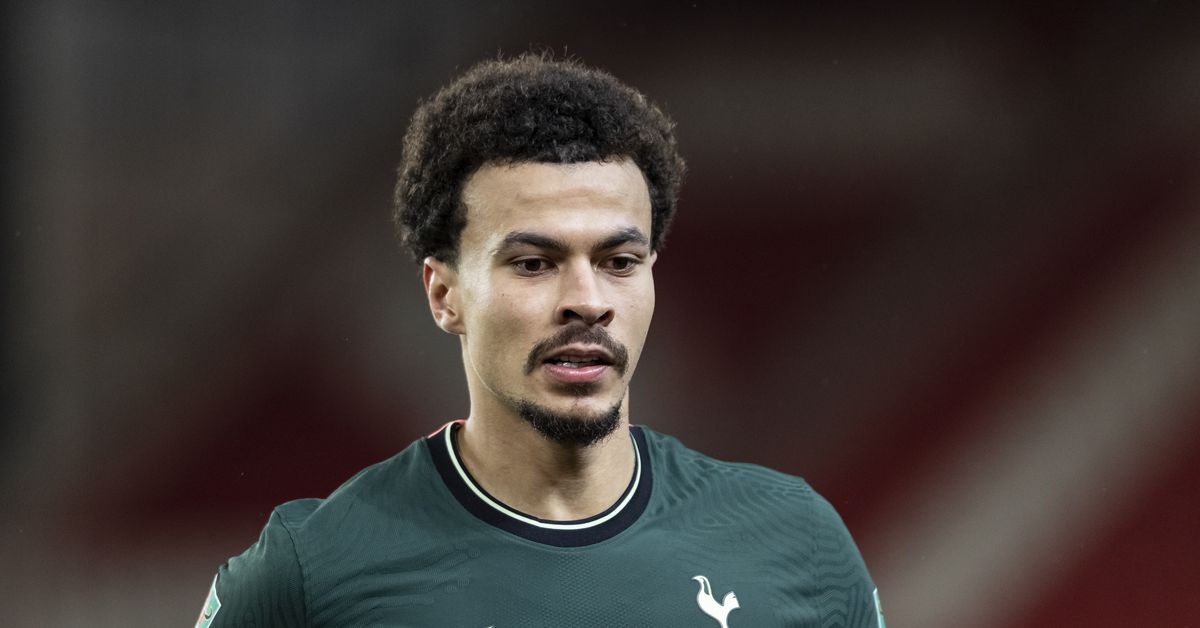 Tottenham Hotspur defeated Stoke City 1-3 at the bet365 stadium in Stoke-on-Trent to advance to the semi-finals of the Carabao Cup. That they did so with seven shifts from the team that lost to Leicester City at the weekend is perhaps not entirely surprising – Stoke had a good run to get to the quarter-finals, but are still a club that is seventh in the championship. Spurs were comfortable favorites before the match, and despite a nervous few minutes after Jordan Thompson’s equalizer, Spurs ended up winning quite comfortably.

If you watched the match, you probably would have noticed the performance of Dele, who rarely started under Jose Mourinho after apparently falling out of Spurs’ management plans. One wonders if his start was really due to profit – he has played well in the short comos he has had recently – or more due to the fact that both Giovani Lo Celso and Tanguy Ndombele both carried on banks that held them out of the fight.

Still, Dele looked … good! He was light and lively on the ball and ran good runs out into space through his 66 minutes of action. He sometimes cut a frustrated figure as many of his shots or attacking movements did not quite come out, but it was objectively the kind of encouraging performance that you would expect to be rewarded with extra time in the lineup.

But not if you’re Jose Mourinho. The Spurs manager ran into Dele over an incident in the second half in which Dele lost the ball and, according to Mourinho, led to Stokes’ equalizer. This is how the Telegraph (£) described the incident as it happened:

Just after the home team equalized Gareth Bale’s opener in this quarter-final, Jose Mourinho ran to the touchline to unleash his anger on Alli for giving possession of the build-up with an extravagant flick.

“Your flick has cost us that goal,” roared the Spurs manager. And Alli was replaced moments later.

Of course, Mourinho was asked about the incident, which was clearly audible when the match was held behind closed doors. Here’s what he had to say about Dele in the post – match press conference:

“We were unbalanced, because when you are in possession, you have a full-back out and another midfielder in another line, and they caught us in a counter-attack, and they transformed the result of the game that was completely in our hands, so yes I’m sorry. “

Really? Is that what happened? Let’s look at that piece. Here’s a clip of the incident, from moments before Dele’s rear wheel swings through Thompson’s equalizer.

So let’s start with the obvious: yes, Parts tried something cool and it did not work, and yes that game resulted (in the end) in a Stoke goal. However, after extremely hard it seems to assume that Deles’ flick was the only thing that precipitated that goal when it was replayed again. In fact, I would go so far as to say that Mourinho has openly scorned Parts for other players’ shortcomings.

Mourinho has a decent (if small) point – if Dele had made another choice, it could have had a more successful outcome. Parts chose the dramatic rear wheel without a gaze for Son, who he knew was behind him, instead of passing to the open Lucas Moura. But to hear Mourinho tell it, Deles ‘giveaway resulted in an immediate Stoke counter-attack that took advantage of Spurs’ defense being out of shape as they expect Tottenham to push forward on the attack.

But that is not at all what is happening. Instead of holding the ball up and waiting for teammates to push forward in a counter, the ball bounces off a Stoke player in space and is eventually played all the way back to Andy Lonergan in goal. Lonergan has enough time to take a few handles before splitting a long kick up to midfield. Through a combination of good, attentive passing and some awful Tottenham defense, Jacob Brown is able to shoot a long ball to Thompson, who ends past Hugo Lloris on the back post.

After watching this game again, the ensuing goal was much more the result of a Spurs backline at sea than anything Dele did. As soon as Lonergan launches the ball, the following happens: Ben Davies is sucked into the middle of the pitch in the opening part of the game. Moments later, Eric Dier is caught unaware and is completely shaken by Brown, who roars past him with acres of space to work with. Davinson Sanchez is forced wide to cover Brown’s run, and last defender Matt Doherty keeps an eye on the ball, failing to track Thompson, who one-touches the ball past Lloris, who himself could have done better, at the far post.

That’s ugly, of course. I’m still struggling to figure out how Dele is to the extent that he deserves a rage sub and a tongue that buzzes to the media from his manager. There was more than enough time after Dele’s flick for Spurs’ backs to come back and the defense to be reset. What happened may have started with a giveaway, but it’s definitely not Deles’ fault.

Dele is a flair player. That’s what we expect from him and that’s one of the reasons he’s been so exciting to watch over the course of his Tottenham career. He clearly saw Son make his run behind him and knew he would not have time to turn around with the ball and play a forward pass to Sonny’s feet. So he tried a bold rear-wheel drive. Maybe it was the wrong decision. It did not work. But what if it had?

Dele is one of the few attacking midfielders that the Spurs have that will go out and just try things. He’s possibly the only guy on the team who would like to try a rear wheel snippet for a running Son Heung-Min in that situation, and honestly I have no problem with that. I certainly have more confidence in Sonny with the ball at his feet than I do Lucas Moura.

Mourinho obviously does not agree, and his reaction is probably at the root of why he and Dele have been out this season. Many have argued that Dele is not the kind of player who excels in Mourinho’s tactical system, but it’s also true that Mourinho now seems to be looking for things that keep Dele out of the team for reasons that lies outside me.

Mourinho’s confession of parts and the ensuing rage is bad enough, but what makes me more furious is his comments to the press. Parts were thrown right under the bus for that game in a way that is symbolic of Mourinho’s worst qualities as a manager. “Create problems for his team”? Where was Mourinho’s public criticism of Eric Dier or Matt Doherty? Why not try Harry Winks to run back instead of pulling ass to make a defensive play? Instead, it’s Dele who gets paralyzed for a game that didn’t even begin until 12 seconds after his “problematic” flick.

This is the kind of thing that made me hate Mourinho when he managed other clubs and what prevents me from fully embracing him as a manager at Spurs. It sometimes feels like he is not happy unless he has a player to serve as a vessel to his withered scorn. Last season it was Tanguy Ndombele. This year, I guess it’s Dele’s turn, and that’s not true.

Parts are likely to leave Tottenham in January. As much as I like him, I hope he goes. This is not because I think he is no longer good enough for Tottenham Hotspur, but because it is unfair to him to remain in a club where he does not have the trust and respect of his manager. By all accounts, Dele has worked hard in training and waited for his chance with the first team. If, in the midst of an otherwise good performance in the League Cup, he becomes the scapegoat for the mistakes of others, then he must leave because the club has failed him, not the other way around.