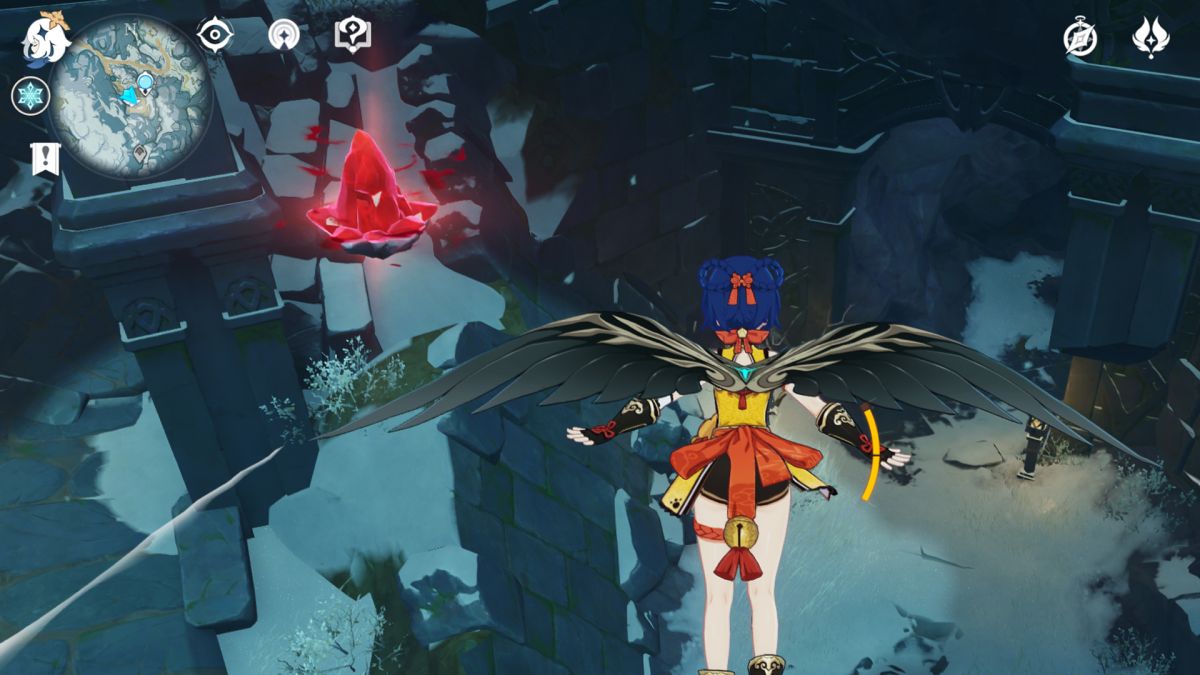 One of the most sought after materials in Genshin Impact right now is the crystalline Crimson Agate that levels your Frostbearing Tree. You know, the spooky old tree that arrived in Genshin Impact update 1.2, and which rewards you with weapon level material, character experience, Mora, Wishes and a shiny new glider.

But where do you find the Frostbearing Tree? How do you collect Crimson Agate? And what are Crimson Wishes? Let’s take a closer look at this brand new Genshin Impact 1.2 gameplay feature!

How to unlock the Genshin Impact Frostbearing Tree

The Frostbearing Tree icon is not visible on your card if you have not discovered and released it yet. When you enter the Dragonspine region from the research camp (this is also where the Dragonspine questline starts), just follow the road and you will come across a large shard of ice. Paimon makes a remark about it when you’re close enough.

Frostbearing Tree is trapped inside the ice, but the game does not tell you that. It also does not tell you how to release it, but it is not that difficult. However, do not try to crush the ice immediately; you need to collect Scarlet Quartz to melt it. Each time you pick up a piece of quartz, go straight to the ice screen and use an attack (Normal Attack will do). You need to do this four times to melt the ice completely and unlock the Frostbearing Tree.

This is where you can find the 4 Scarlet Quartz pieces:

Now that you ‘ve unlocked the Frostbearing Tree, you can see its location on the map. You can also start leveling it up to get your rewards. To do so, you must sacrifice bright red stones called Crimson Agate. The only problem is … where do you find Crimson Agate?

Make sure you do not confuse Crimson Agate with Scarlet Quartz because they look somewhat similar. Other than Scarlet Quartz, Crimson Agate is shaped like a flower and glowing. It is also much harder to find. There are at least 80 Crimson Agate locations, but these are the first ten that you can easily find in the launch area of ​​Dragonspine. This is enough to give you your first Frostbearing Tree upgrade.

Keep an eye on your mini-map as you explore the rest of the Dragonspine. Like Anemoculi and Geoculi, the icon appears on the map every time you get close to a piece of Crimson Agate.

The amount of Crimson Agate you can find in nature is limited. Once you reach Frostbearing Tree level 8, unlock the Crimson Wish missions. If you complete these missions, you will be rewarded with the Crimson Agate, which you will need to upgrade the Frostbearing Tree to the maximum level of 12. There are five Crimson Wish available at a time, and they are updated every Monday and Friday.

The rewards of offering Crimson Agate to the Frostbearing Tree are quite varied. There are twelve different levels, all of which provide Adventure Rank experience, Mora and weapon upgrade material (level-up) plus a special item. This is a level with all the special items you can get by offering Crimson Agate for the Frostbearing Tree, plus their purpose:

How to get a Genshin Impact Warming Bottle

The hot water bottle recipe is unlocked at level 4 in the Frostbearing Tree. It will protect you from Dragonspine’s harsh climate by slowing down the Sheer Cold process, so it’s great to use while searching for Crimson Agate and performing Crimson Wish quests.

To make one, go to a craft station. There is one in Mondstadt and in Liyue Harbor. In terms of materials, you will need Flaming Flower Stamens and Starsilver. The first is found everywhere in Teyvat; just use a Hydro or Cryo skill on the burning flower to assemble it. The latter is a new, common resource that can only be found in Dragonspine.

Now you know everything you need to find Crimson Agate, upgrade your Frostbearing Tree and equip your new set of Wings!