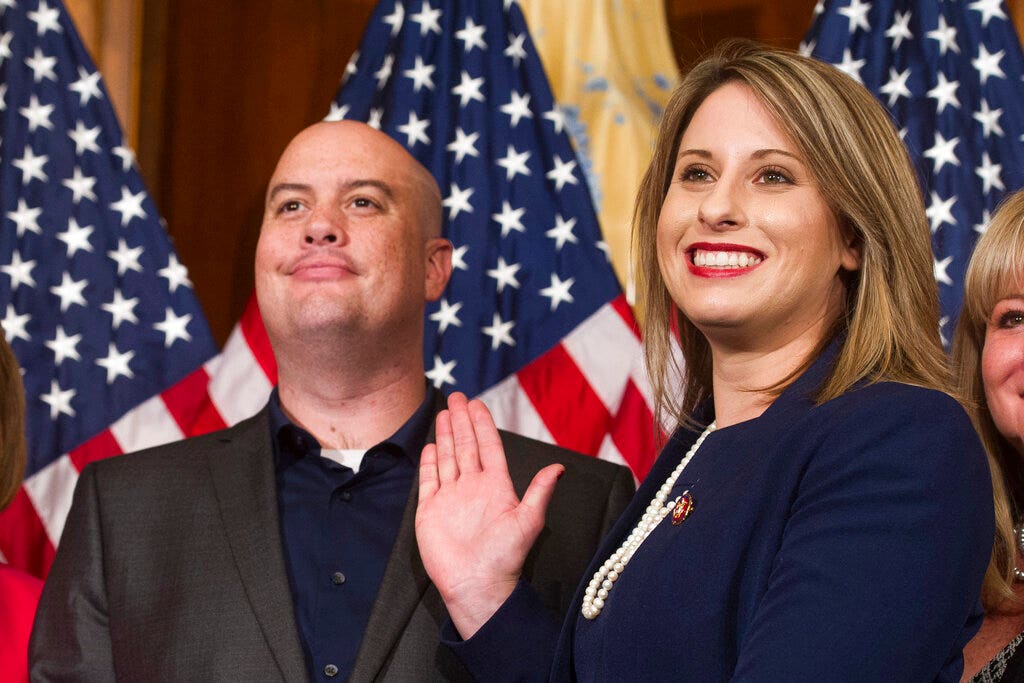 The lawsuit alleges that Hill’s ex-husband Kenneth Heslep and Mail Media Inc., parent of the Daily Mail, and Salem Media Group Inc., which owns RedState, conspired and distributed intimate images of her without her consent.

Heslep has previously denied similar allegations after intimate images of Hill were leaked to the media and rumors swirled that she was in a so-called “throuple” relationship with Heslep and a female congresswoman.

When the scandal unfolded in October last year, the Daily Mail published a photo of what appeared to be Hill, 33, undressed and holding a bong, and another of her kissed the campaign employee.

The photos surfaced shortly after the conservative website RedState.org posted screenshots of several text messages between Hill and the employee, describing the reported end to their three-person relationship earlier in the year and reporting intimate photos, including a nude photo of Hill who brushs staff hair.

According to the texts shown, Hill wanted to focus on his work and suggested that “political risk” was a factor.

The lawsuit, filed in Los Angeles and first reported by NBC News, also alleges that Heslep intentionally inflicted emotional distress on her and that the companies were involved in unfair business practices by violating privacy laws.

The suit invokes the first amendment, saying it does not protect sales attempts to “sexually degrade and expose public officials.”

It comes two weeks after a judge approved a temporary detention order against Heslep and ordered him to stay at least 100 meters away from Hill, her mother and her sister as well as her dog, goat and horse. She claimed he had previously killed his pets to terrorize her.

Hill said Heslep launched a “burnt ground attack” on her after she filed for divorce from him after a 15-year relationship that began when she was 16.