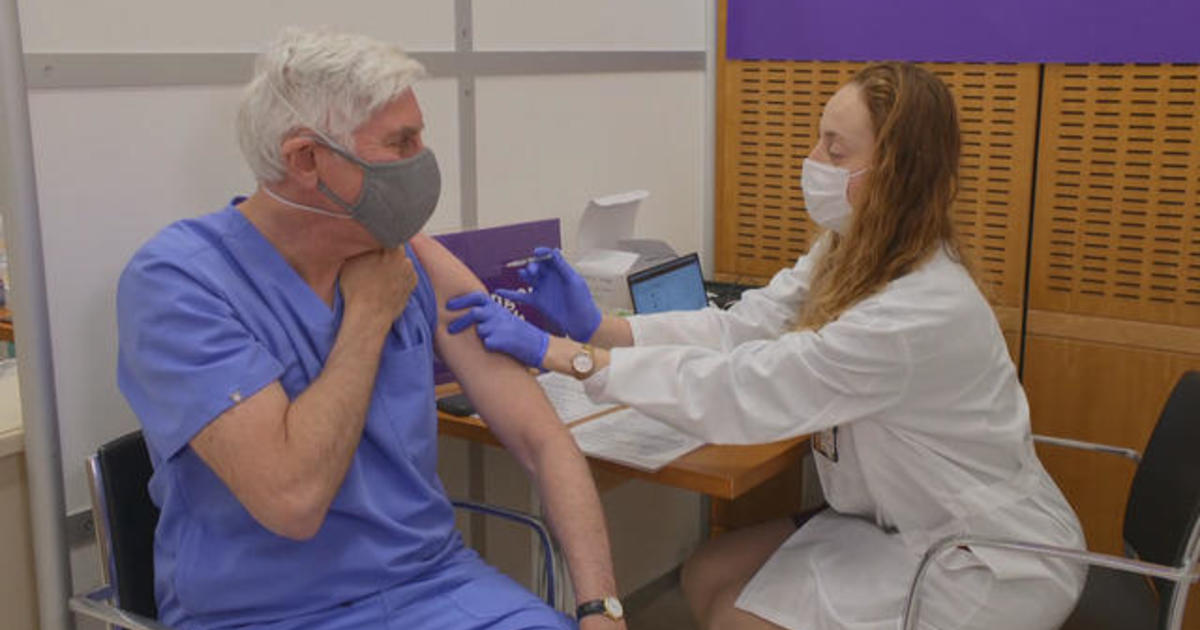 Since I am a general practitioner at NYU Langone Health, today was my turn to get Pfizer vaccine against SARS-CoV-2, the virus that causes COVID-19.

In addition to seeing patients in my office, I perform procedures as a gastroenterologist that could potentially expose me to aerosolized virus.

This was me in April last year at the COVID departments, stunned by the devastation.

Now I am stunned – and excited – that vaccines have been developed in less than a year. I know some people have been put off by the term Operation Warp Speed due to fears that vaccines are developing too fast. But the record time from the publication of the genetic sequence of SARS-CoV-2 to the beginning of Phase 1 safety trials was carried out due to decades of previous research that developed so-called “vaccine platforms”.

On December 15, I interviewed the director of the National Institutes of Health Dr. Francis Collins, and he gave me an easy-to-understand analogy to these platforms. Imagine that there is a factory that makes some kind of widget. “You’ll figure out how to make widgets really well, and then you can change the design a little bit, and you can make another widget, but really fast because you already have the assembly line there. That’s a bit of what we’re doing. these vaccine platforms. “

While COVID vaccines are being developed in record time, this has not been so much a sudden leap as a gradual decline in the time we need to develop a vaccine.

According to the National Institutes of Health, in 2003 it took 20 months from the selection of a genetic sequence for the SARS virus circulating at the time until the first human injection of a vaccine. With H5N1 (bird flu) in 2006, the time was shortened to 11 months. H1N1 (swine flu) took 4 months, Zika, 3.25 months. With Modern vaccine against COVID-19, the SARS-CoV-2 sequence was sent on January 10, the National Institute of Allergy and Infectious Diseases (NIAID) and Moderna began work on January 11, manufacturing began on January 14, and the Phase 1 study began on March 16, 2020 – only approx. two months after the virus sequence was known. What a scientific tour!

Operation Warp Speed ​​began on May 15 and has helped speed up testing of vaccine candidates by cutting bureaucracy, but I trust public health officials, including Dr. Anthony Fauci, has assured me that no corners were cut. I have reviewed data presented at the public FDA advisory committee meetings that reviewed the applications for authorization of emergency use of the Pfizer and Moderna vaccines, and I agree with the FDA’s decision that the benefits of these vaccines, given the current scientific evidence, far outweigh the risks. Pfizers vaccine was approved for persons aged 16 and over, Moderna’s for those aged 18 and over.

Researchers are looking at some serious allergic reactions which has occurred in approx. 1 in 45,000 people so far have received the Pfizer vaccine and they will look for other unexpected side effects in the future. It is too early to know the exact occurrence of these reactions. This morning I reached out to Dr. Fauci to gain insight into the allergic reactions, and he texted me this: “One of my divisions here at NIAID is planning a study to investigate all of this – occurrence, mechanisms, etc.”

To me, the benefit of being protected far outweighs the very unlikely risk of a serious side effect.

Getting the vaccine felt exactly the same to me as getting a flu shot. I felt a little squeezed and still feel fine two hours later. Nothing special.

What I felt most was a mixture of emotions – all good. I was surprised to tear up when I started describing how I felt about our CBS News camera. I guess the weight of all these months – taking care of patients, trying to keep myself, my loved ones, my friends and so many others safe, combined with the tense job of reporting on the pandemic – caught me off guard .

I felt a flood of relief, even though I know it will still be a challenge to get enough of the population immunized to achieve crew immunity. I felt grateful that vaccines would be available less than a year after we recognized there was a new coronavirus.

And I felt amazed at the scientific achievement. I know logically about the decades of research that led to me being immunized. I understand how a small piece of genetic code – messenger RNA – hidden away inside a protective lipid nanoparticle creates immunity to SARS-CoV-2 by tricking the immune system into thinking it is being attacked by the virus. But there is also a part of me that views this astonishing achievement as pure magic.