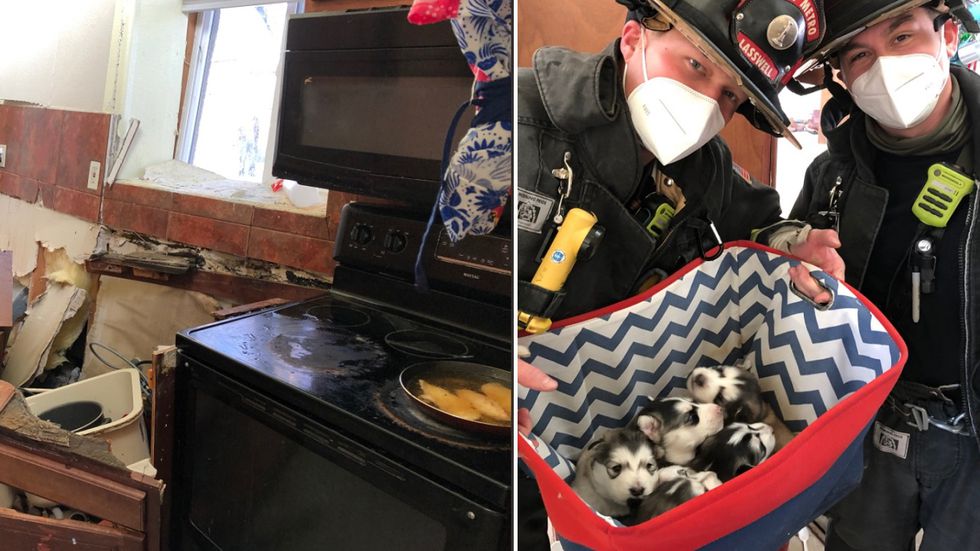 LAKEWOOD, Colo. (KKTV) – While cooking in her kitchen on Wednesday, a Colorado woman had unexpected company in an almost fatal crash.

A vehicle smashed into the side of a Lakewood home 5. and Harlan. The effect sent dirt and a dishwasher across the kitchen. Fortunately, the woman inside had only minor injuries.

The driver was not injured in the crash, which is still under investigation. Firefighters were able to recover a litter of puppies and transfer them to a neighbor for safe storage while crews worked to remove the vehicle and turn off a broken waterline.

Sometimes it’s just a matter of inches. A woman was cooking in her kitchen this afternoon when a vehicle smashed into a house of 5. and Harlan. The effect sent dirt and the dishwasher – which was sitting next to the stove – flying across the room. 1/2 pic.twitter.com/WWJNWVPmxd