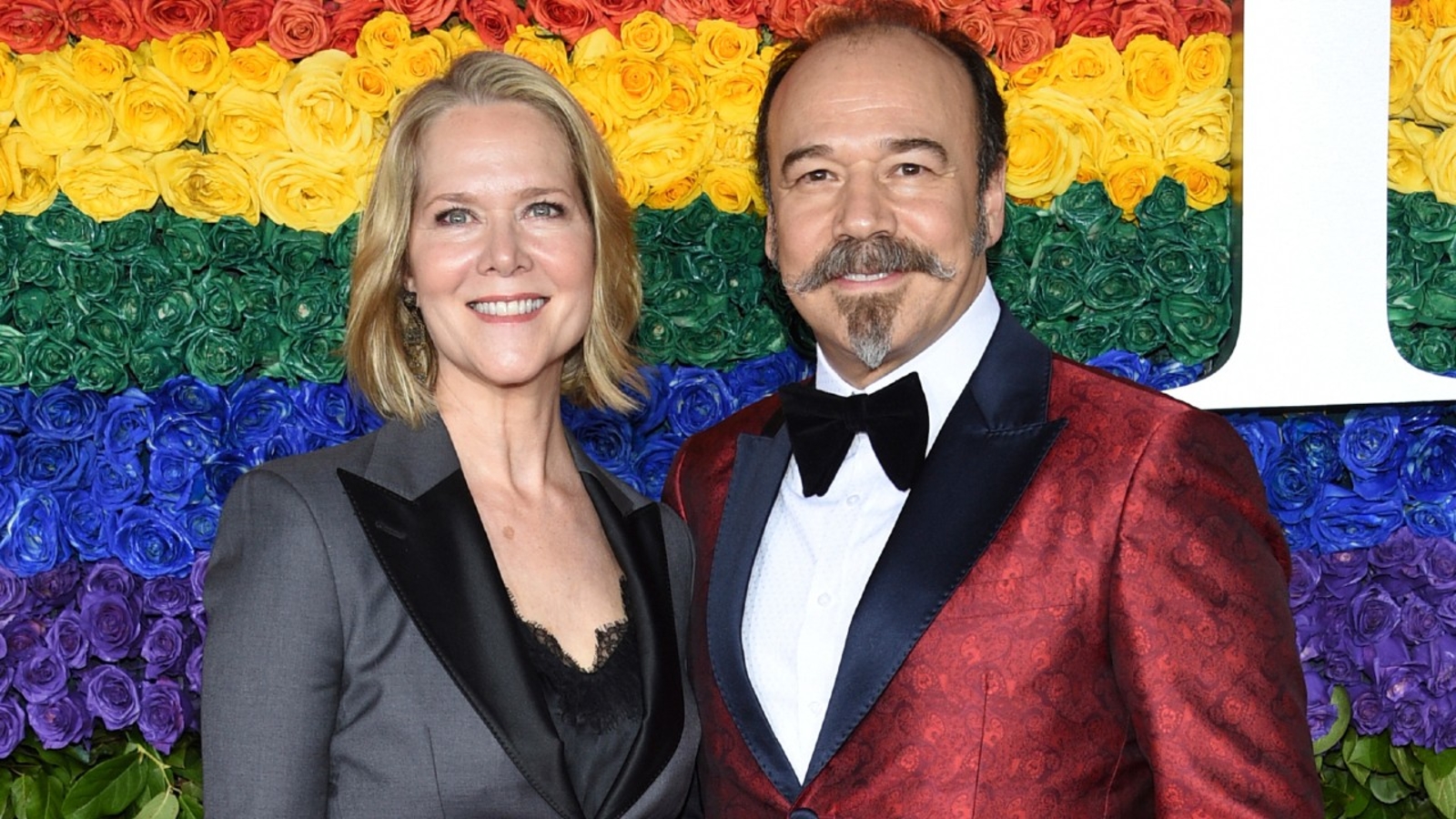 NEW YORK – Soprano Rebecca Luker, a three-time Tony-nominated actress who starred in some of the biggest Broadway hits of the past three decades, died Wednesday. She was 59

Her death was announced by her husband, veteran Broadway actor Danny Burstein, who said in a statement “our family is devastated. I have no words at the moment because I am numb.” Luker went public in 2020, saying she had been diagnosed with Lou Gehrig’s disease, also called ALS or amyotrophic lateral sclerosis.

Tribute flooded social media, including from Broadway stars like Laura Benanti, who called Luker “humble, loving and kind” with a “golden voice” that would “wrap you in peace.” Seth Rudetsky said it was “a huge loss for Broadway and the world.” Kristin Chenoweth tweeted that Luker was “one of the main reasons I wanted to be a soprano,” and Bernadette Peters called her “one of the most beautiful voices on Broadway and a lovely person.”

Luker was known for staying with shows for extended periods. “Yes, I’m the queen of long runs,” she told the Connecticut Post in 2011. “I do not know if I’m lucky or if it’s a curse. But that’s just how things happened to me, and that’s mostly a good thing. “

In 2013, she appeared in an off-Broadway revival of Stephen Sondheim’s “Passion”. In addition to many stage credits, Luker appeared on television in “Boardwalk Empire” and “The Good Wife” and in the movie “Not Fade Away” from 2012. Her other off-Broadway credits include “Death Takes a Holiday”, “Indian Blood” and “The Vagina Monologues.”

Broadway star Stephanie J. Block called Luker an “angel-face and angel-spiritual” and LaChanze took to Twitter to call Luker’s death “a great loss to American theater.” Tony winner Michael Cerveris said: “There was no one more humble, more unexpectedly funny or more brilliant when she sang.”

Luker and her husband starred in an episode of “Law & Order: Special Victims Unit,” in which they played the parents of a transsexual youth killed in an accident after being bullied.

Luker was born and raised in Birmingham, Alabama, and received a bachelor’s degree in music from the University of Montevallo, where she was later awarded an honorary doctorate.
Luker debuted on Broadway in 1988 in “The Phantom of the Opera” first as a study of Sarah Brightman and then played Christine opposite the legendary Michael Crawford. “I will never forget it. It was an out of body experience. He was so kind though, and I will never forget it,” she told Playbill in 2016.

She had Broadway roles in “The Sound of Music” and as the original Lily in “The Secret Garden.” She was the replacement in “Nine” in 2003 opposite Antonio Banderas, “Fun Home” in 2016 and in “Rodgers + Hammerstein’s Cinderella” in 2013-14.

Her albums include “Greenwich Time”, “Leaving Home”, “Anything Goes: Rebecca Luker Sings Cole Porter” and “I Got Love: Songs of Jerome Kern”, with 14 classics ranging from “Bill / Can’t Help Loving That Man “” to “My husband’s first wife. “She also paid tribute to the legendary Barbara Cook at the 2011 Kennedy Center Honors.

Her last stage role was to play a narrow-minded city minister’s wife in a Kennedy Center production of “Footloose” in 2019. Her last performance was in June in a Zoom performance show, “At Home With Rebecca Luker.”

In addition to her husband, Luker is survived by two stepsons, Alex and Zach.

Copyright © 2020 by the Associated Press. All rights reserved.