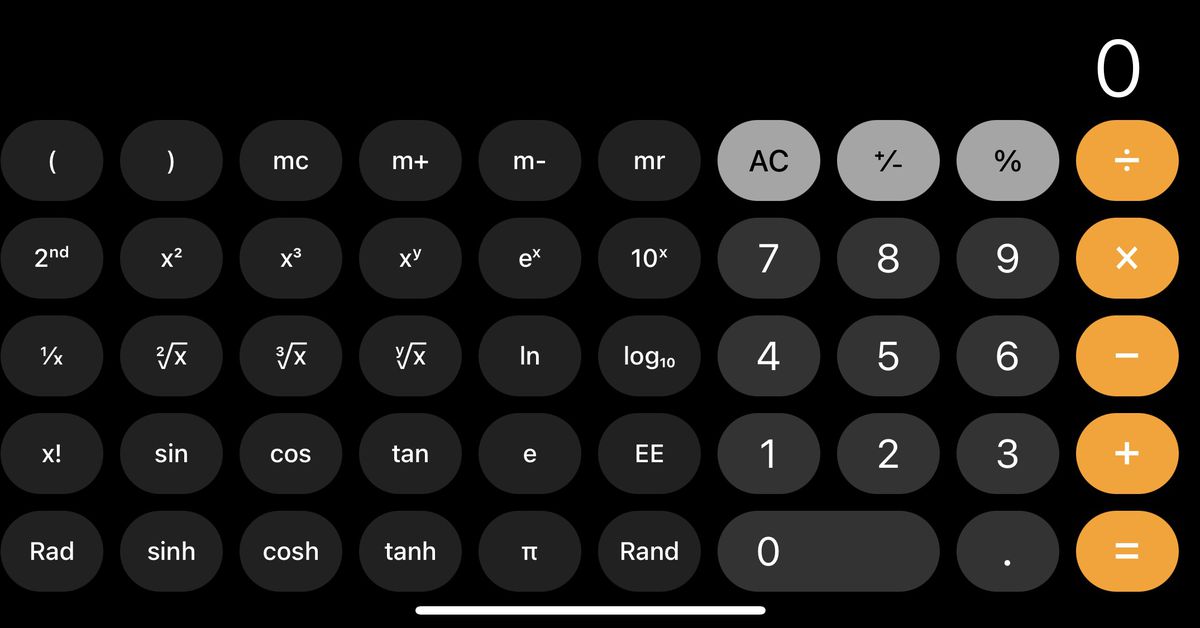 Today I learned that the iPhone’s built-in calculator app has a scientific state – and all you have to do to access it is turn your phone on its side. If you’re the type of person who keeps your phone permanently locked (like me), this may come as a surprise to you, as it did for many of us here at The edge.

This unlocks all sorts of features like adding numbers to memory, parentheses, exponents and all those trig features from back in high school. The feature is not exactly new or hidden: it was introduced in iOS 2.0 back in 2008, and there is actually even a screenshot of it on the App Store page for the calculator app.

To be fair, most people will probably never see the App Store page as the app comes pre-installed on every phone. Nor is it the first app you would probably look for if you were to install a new calculator – even with the hidden (ish) functionality, it’s still not good.

To begin with, there is no ticker tape feature that lets you see all the operations you just performed, which is useful when you need to see if you have already added a value or not. It also makes some important functions like parentheses – which I use in almost every mathematical equation I do – difficult to access.

Fortunately, there are other options: PCalc offers a more robust computing experience and offers a free PCalc Lite version that is also worth downloading. Or for more serious math, there is the TI-30XS, which can do some things (like fractions) so easily that it almost feels like cheating.